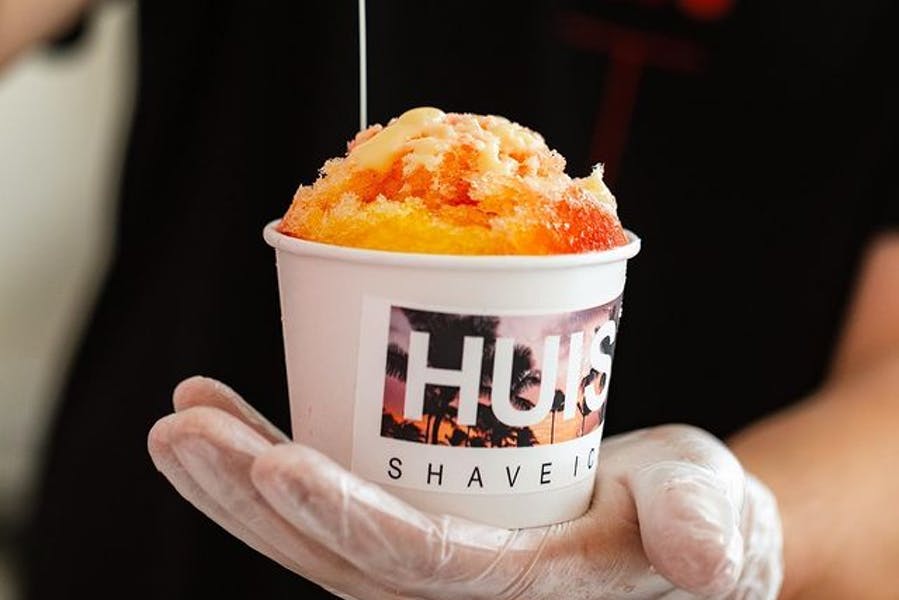 Shave Ice has been sold as a delicacy in Hawaii for many years and we had the pleasure of stumbling upon it while on vacation. The storefronts and carts we found selling shave ice were a hit, and lineups ran down the streets.We now plan to bring our Hawaiian experience home with us.

What is Shave Ice?

Shave ice or Hawaiian shave ice is an ice-based dessert made by shaving a block of ice. While the product can resemble a snow cone, snow cones are made with crushed, rather than shaved, ice. On the Big Island of Hawaii, it is also referred to as 'ice shave', though both terms are used by locals.
Shaving produces a very fine ice that appears snow-like. Flavored syrups are added to the ice, which are absorbed by the ice instead of surrounding it.

A properly made shave ice product rarely requires a straw, since the flavors are in the ice and not at the bottom of the cup. Hawaiian shave ice is traditionally served in a conical paper or cup with multiple flavors and with a scoop of vanilla ice cream at the bottom of the cup. Sweetened condensed milk drizzled over the top is sometimes called a "snow cap". This style of shave ice is common on the north shore of O'ahu, as well as on Maui and the Big Island of Hawaii.

Our plan is to sell shave ice the way they do it in Hawaii. Served with nothing but a cup and a spoon with a wide variety of syrup flavours. Customers can either choose their own toppings or pick from a list of premade combinations. With this, a “pearl” of ice cream can be added alongside a snow cap of condensed milk